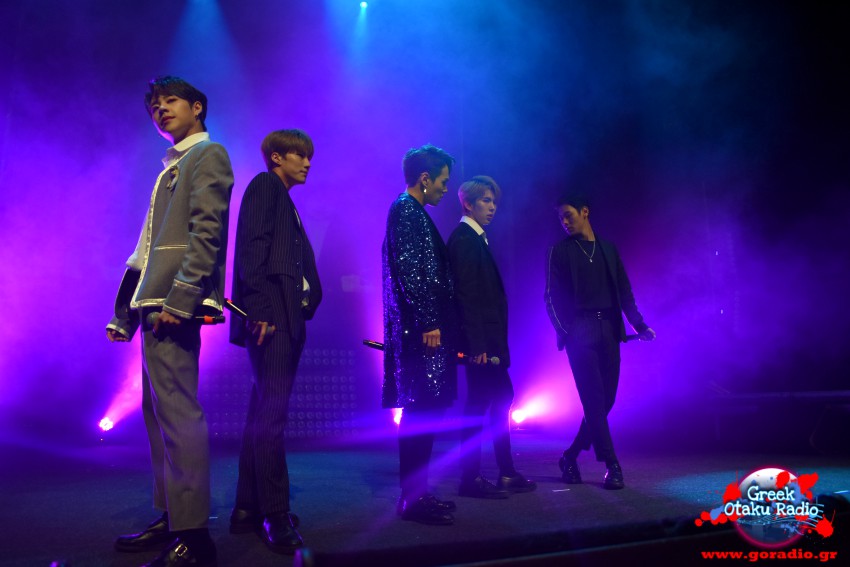 On Sunday April 21, we experienced a special afternoon at FUZZ Club thanks to IMFACT. The South Korean group held its first European tour, during which they visited our country. Kanzen Music that organized the tour, made sure everything was perfect, and that was proved both by the organization during the live show and by the smiles of the attendees after its end. IMFACT may still be a newcomer group, but they have shown us that they surely deserve the lights of the stage. Greek Otaku Radio was there to bring you the atmosphere of the live show. 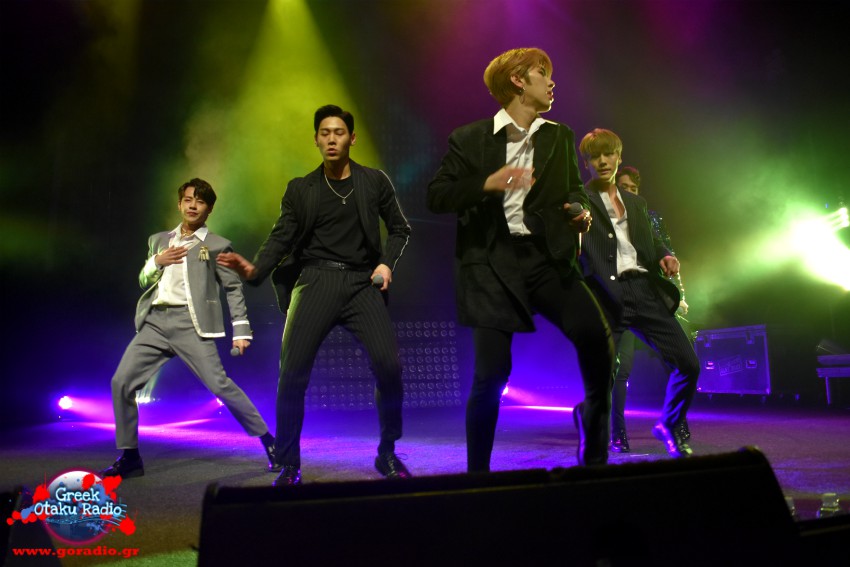 Shortly after 16:00, when we arrived outside FUZZ Club, there were people already waiting patiently in the queue. As the time passed, the crowd grew, and what impressed us is the fact that there were people who came not only from other cities, but also from other countries. The doors opened at 17:00 first for Platinum tickets, followed by Gold and Silver ones. The organization was excellent as they were literally searching the crowd for someone possibly "forgotten" by each class. 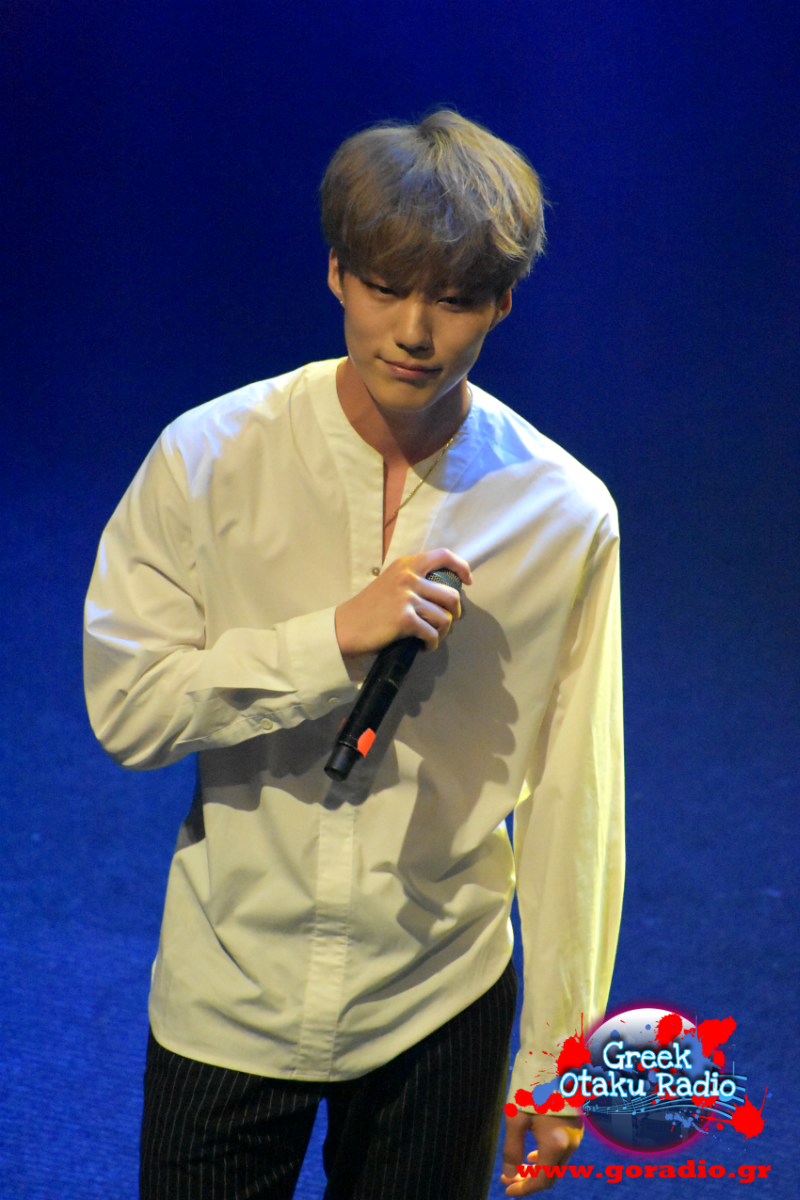 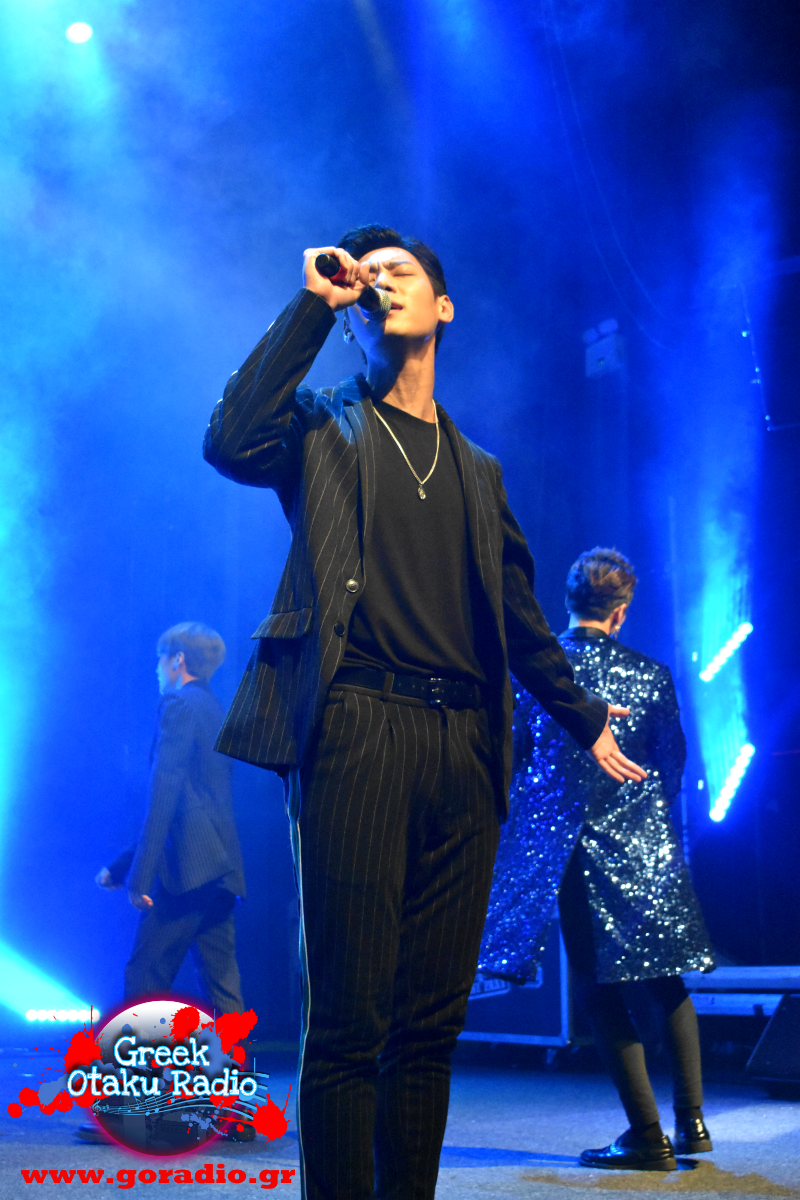 The concert may still not had begun, but the crowd was warming up their screaming as music videos of the most famous songs of the group were playing at the video wall. At this point, the audience was also rehearsing the fanchants of the songs they had learned with great success. After we struggled to move forward and take our seats for photo shooting of the concert, IMFACT came on stage, marking the start of the live show and a frantic madness from the public side. 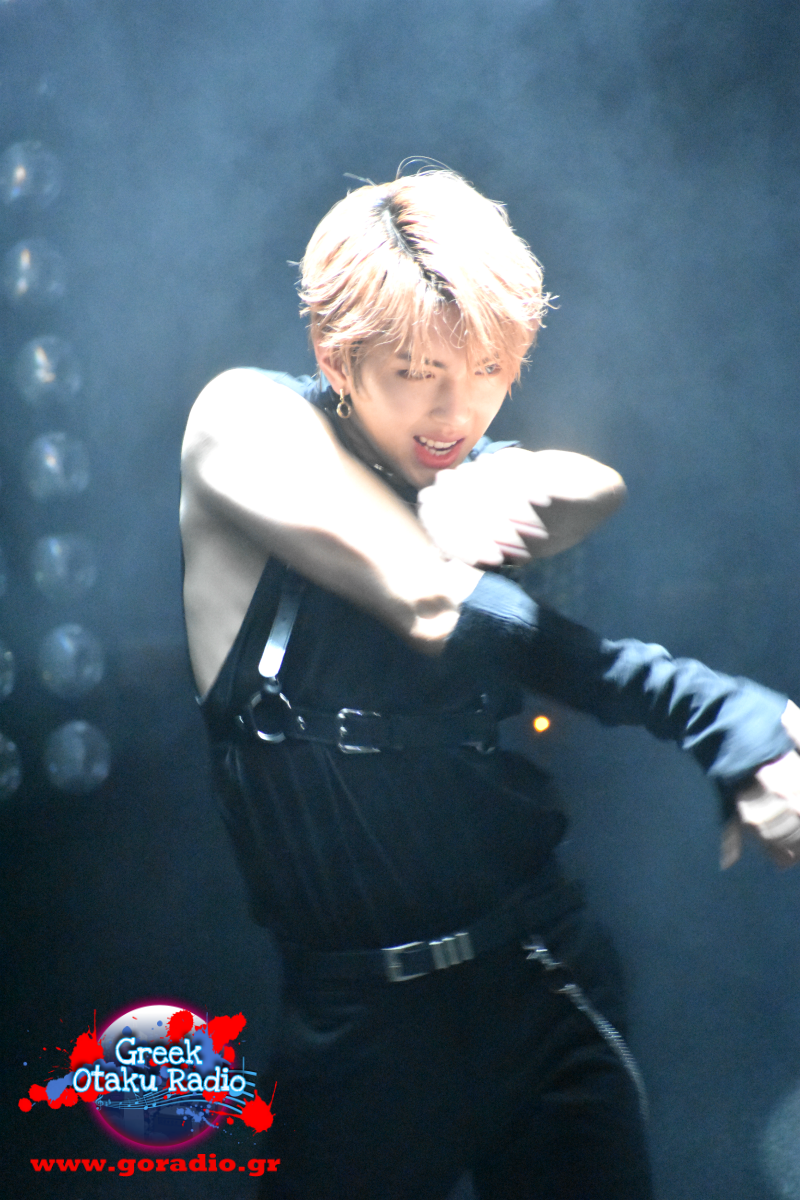 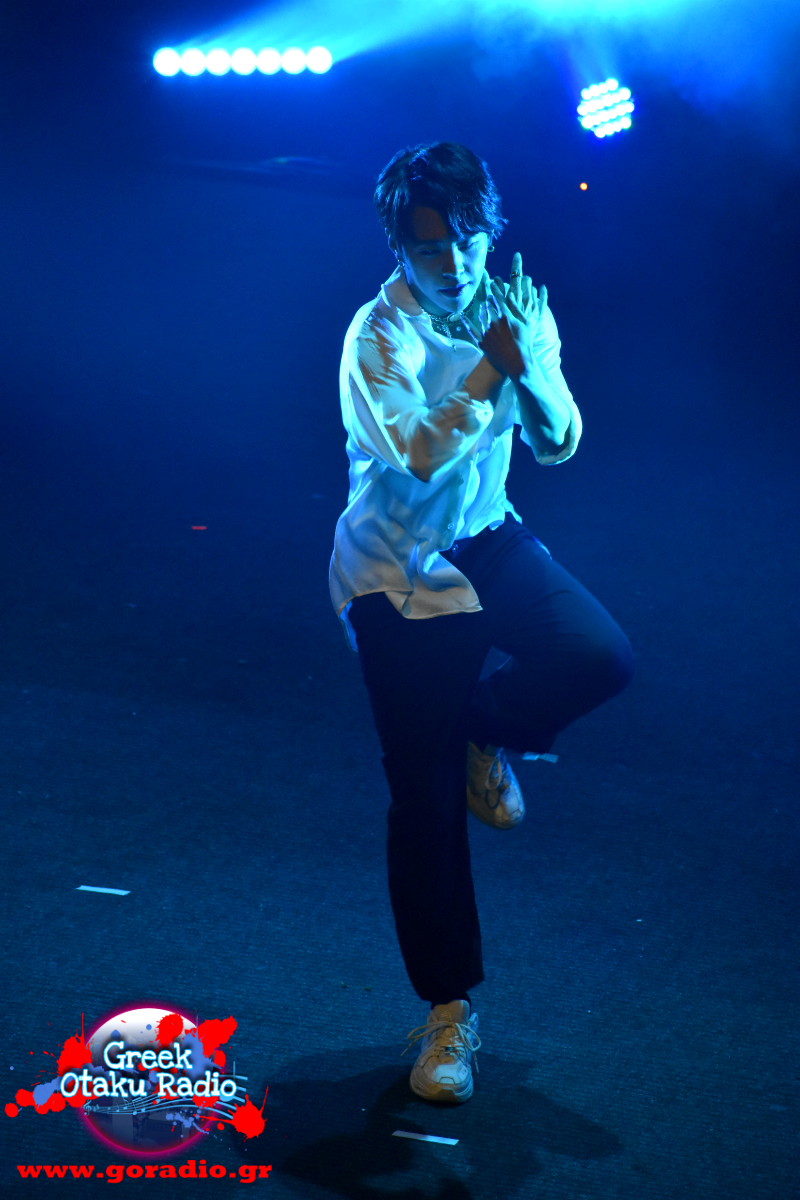 Both the lighting and the acoustics of the venue were very good, highlighting the dancing and vocal capabilities of the group. Their stage presence was so precise, which proved the sense of perfection of the k-pop groups. The concert began with the success of "Only U", which is their last comeback. "Na Na Na" followed with the fanchants of the world filling the whole club. "The Light" then fascinated us even more. The dance "Lollipop", the melodic "In The Club" and the uplifting "Feel So Good" could not be missing. 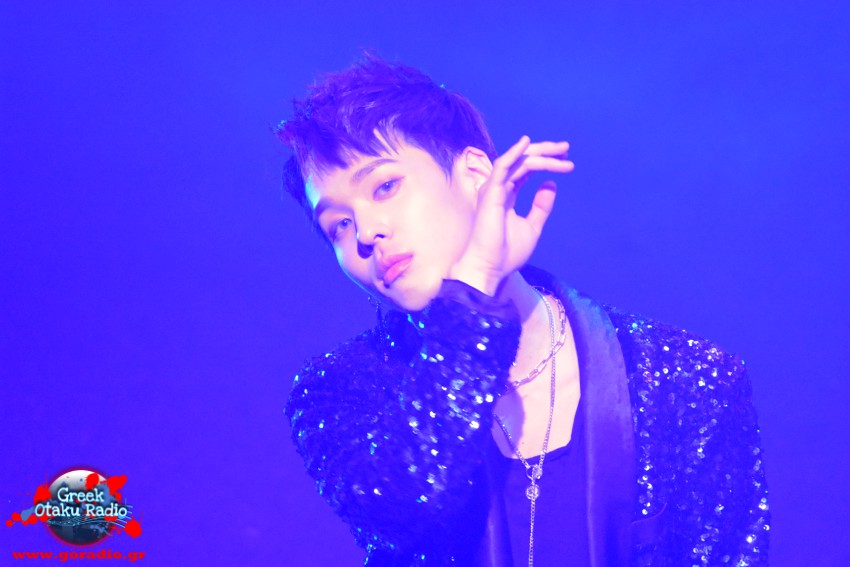 IMFACT gave us generously all their successes and not only. Memorable were also the solo acts of members. We had an amazing vocal solo by Jeup and Sang, who revealed their vocal abilities. The sexy vibes of the evening were brought on stage by Ungjae with the potential of rap and by Taeho with his dancing moves. Jian's solo dance act was so enchanting that we will remember it for a long time. We did not miss the duets, but also 3-member collabs. 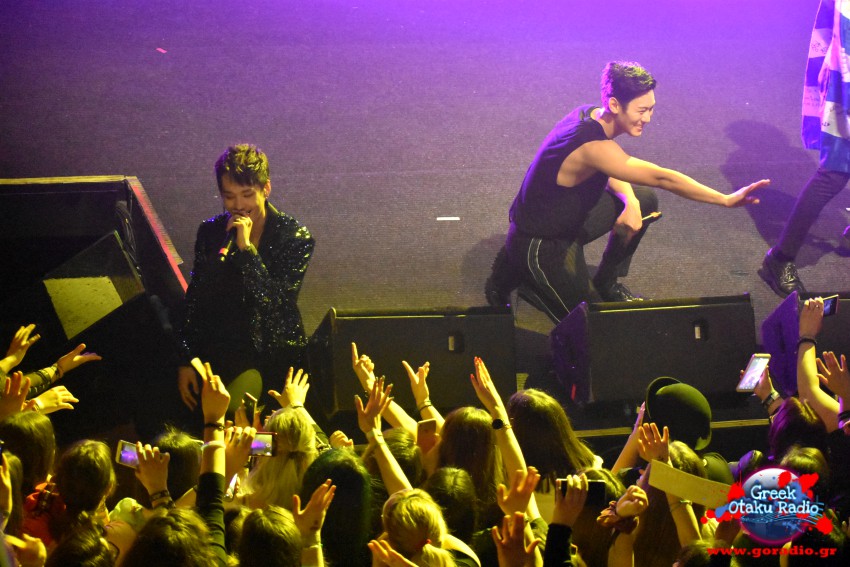 Greece was the last stop on their European tour, making this live even more special. That's why IMFACT decided to give an extent to the evening with even more music, dancing and interaction with the audience! As they said, "We'll keep going until we melt!". Jian replaced his jacket with a Greek flag and carried it over to the end of the concert. The tension was great both by the band and by the audience, and when the time of the farewell arrived, they gave us the impression that they did not want to get off the stage. 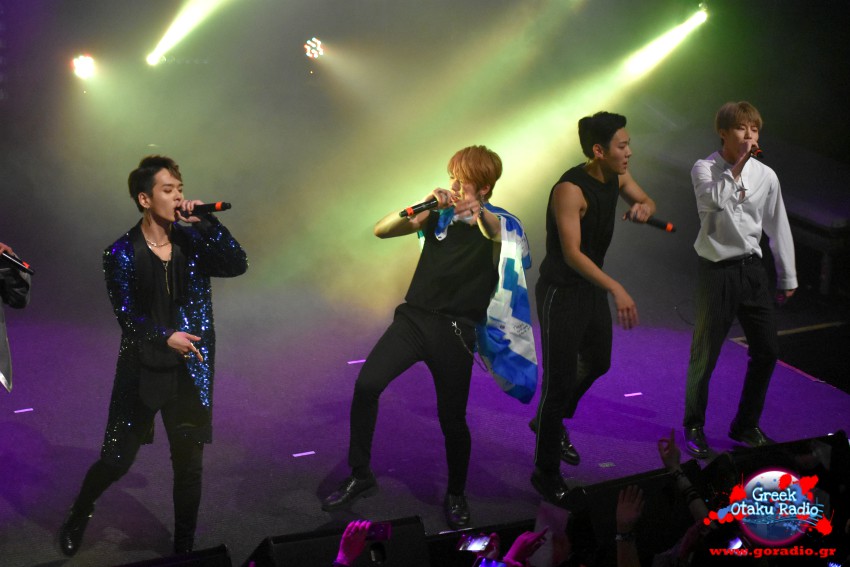 Shortly before 21:00, the curtain fell, leaving the fans excited with the promise to come back and meet them again. Our impressions of such a live only the best could be.

Many thanks to Kanzen Music for the organization and the FUZZ Club for hosting the live show.

More photos can be found on our Facebook page.