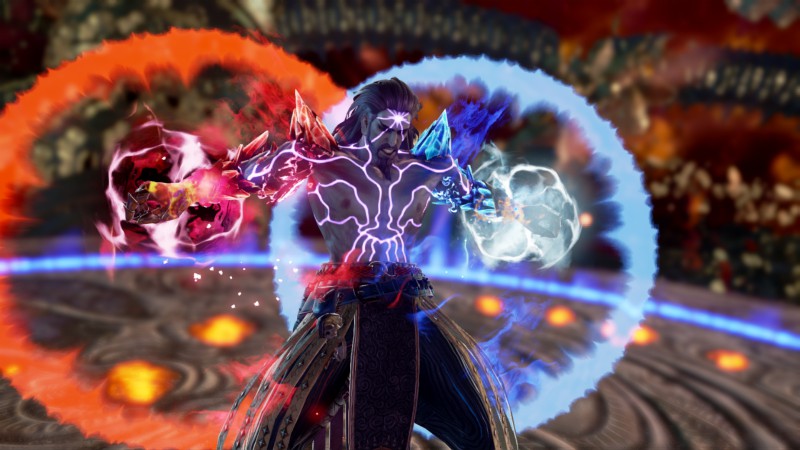 Blessed with an almost unworldly intelligence, Azwel was a scholar in numerous fields, including history, medicine, war, and art. His research into human history led him to conclude that people would eventually destroy themselves through war or some other catastrophe – and his twisted and fanatical love for humanity caused him to enact the ghastly plan he thought correct to save it.

His weapons are two gauntlets, named Palindrome, the right gauntlet equipped with a fragment of the Cursed Sword, Soul Edge, and the left with a fragment of the Spirit Sword, Soul Calibur. Azwel draws his power and martial abilities from memories of past battles imbued into the fragments themselves. While appearing unarmed, his gauntlets allow him to generate an array of deadly weapons as if out of thin air – and utilise them to brutal effect.